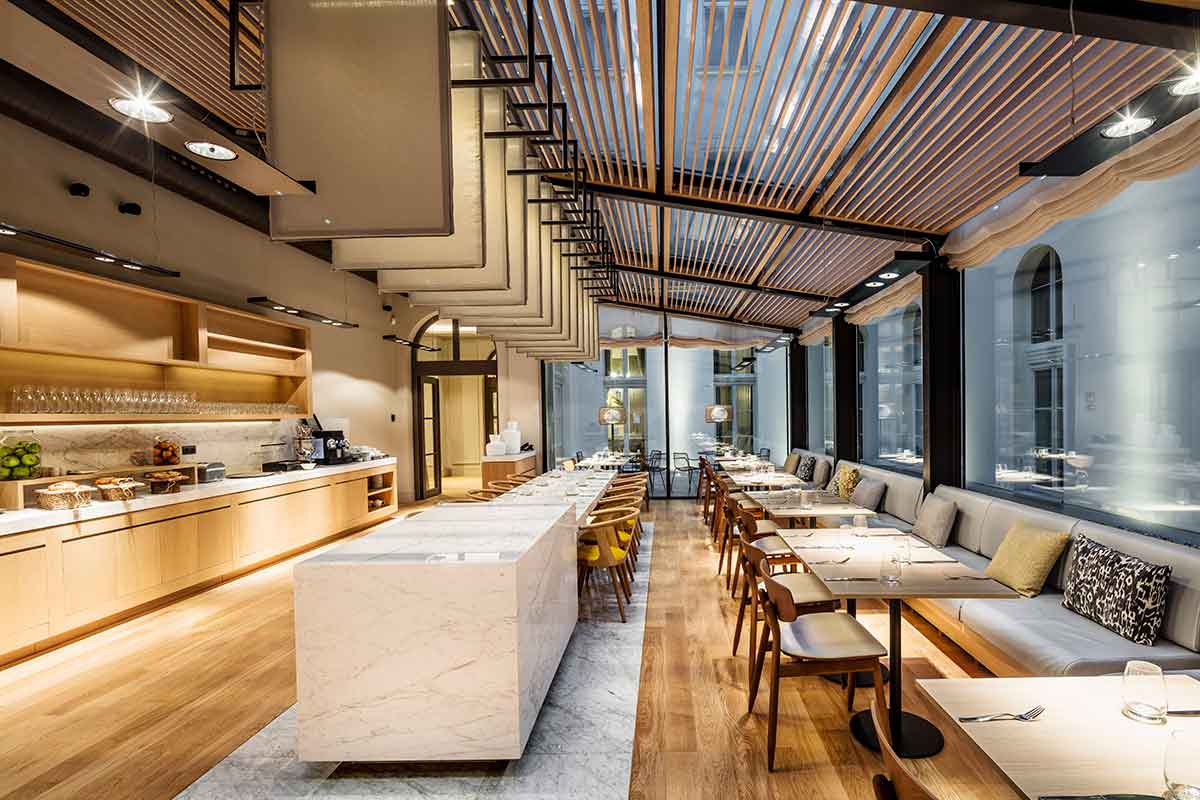 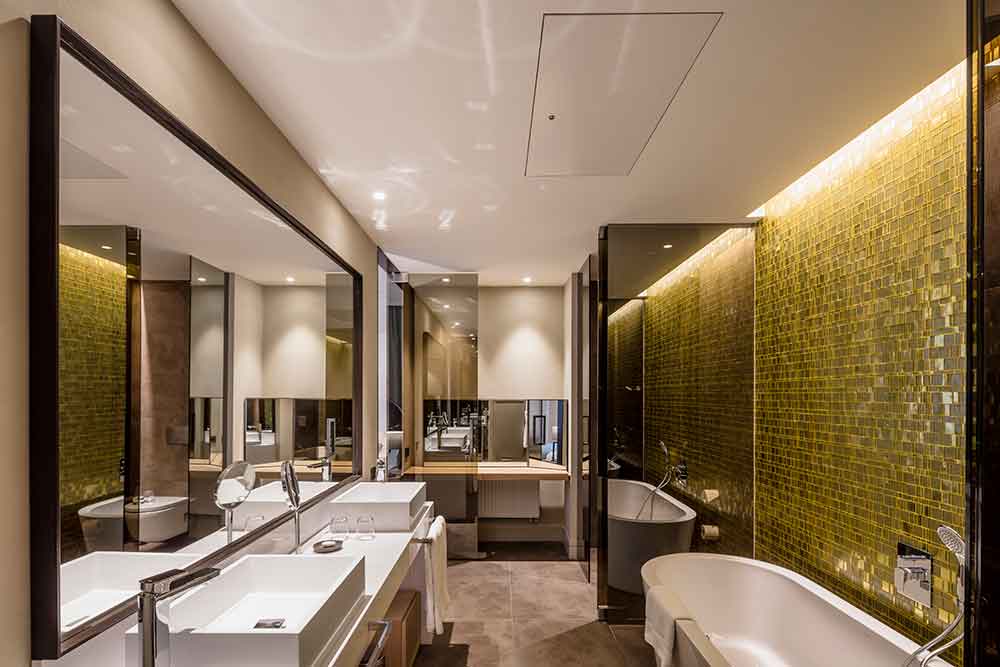 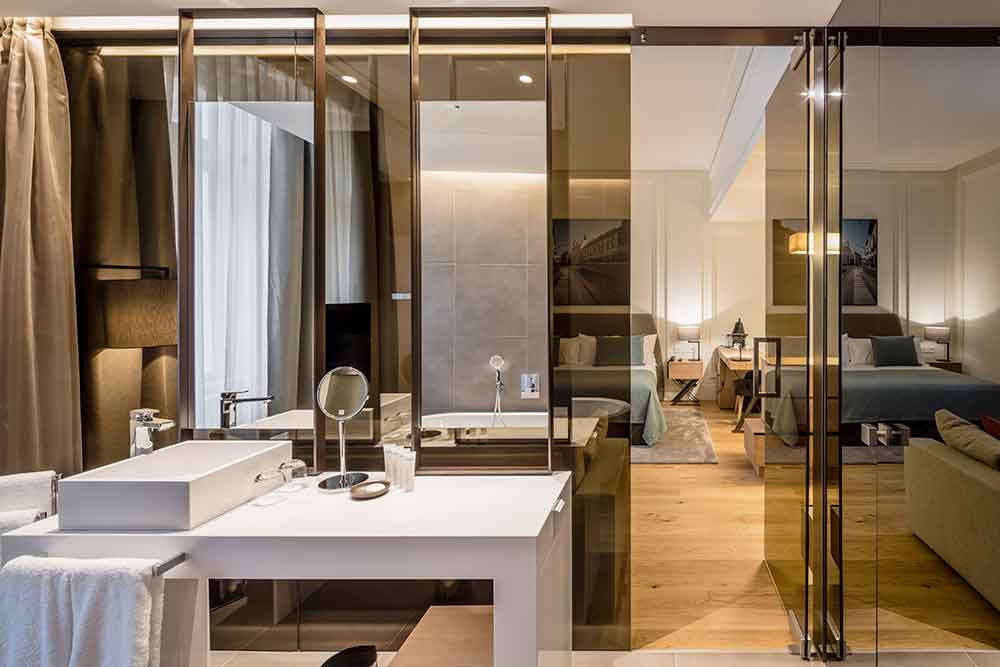 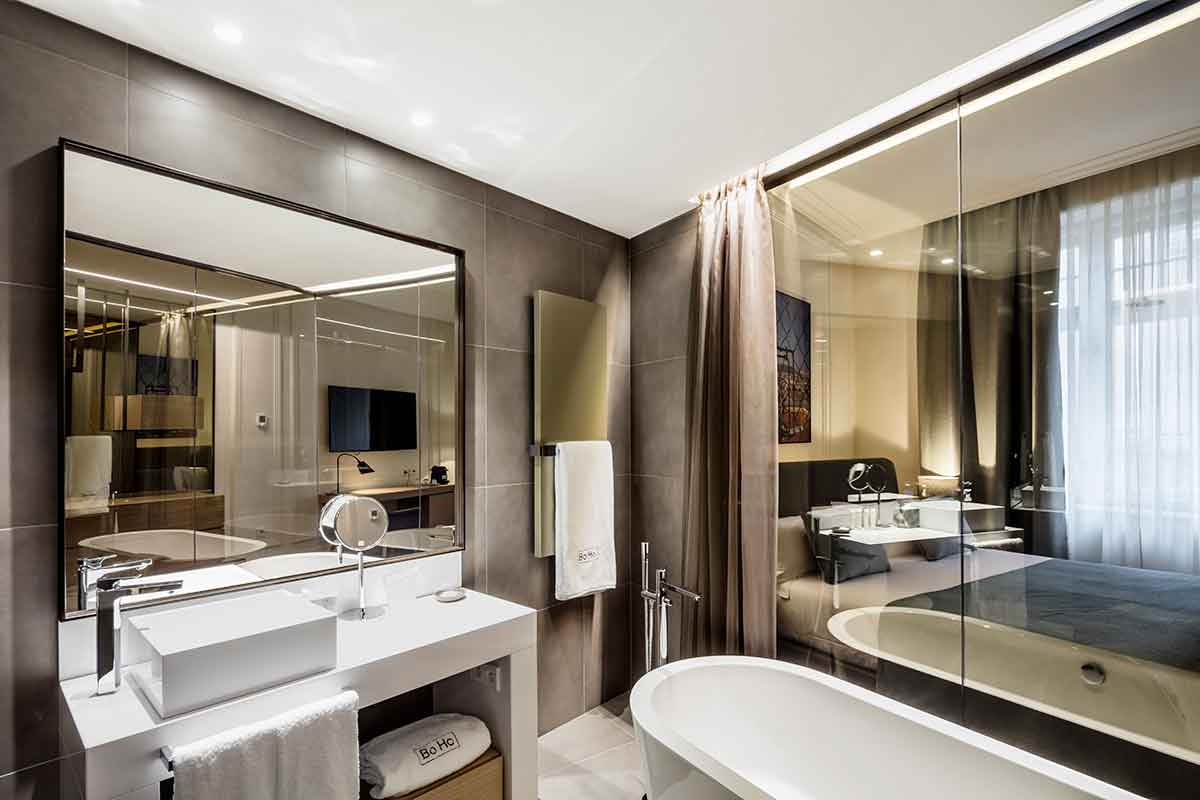 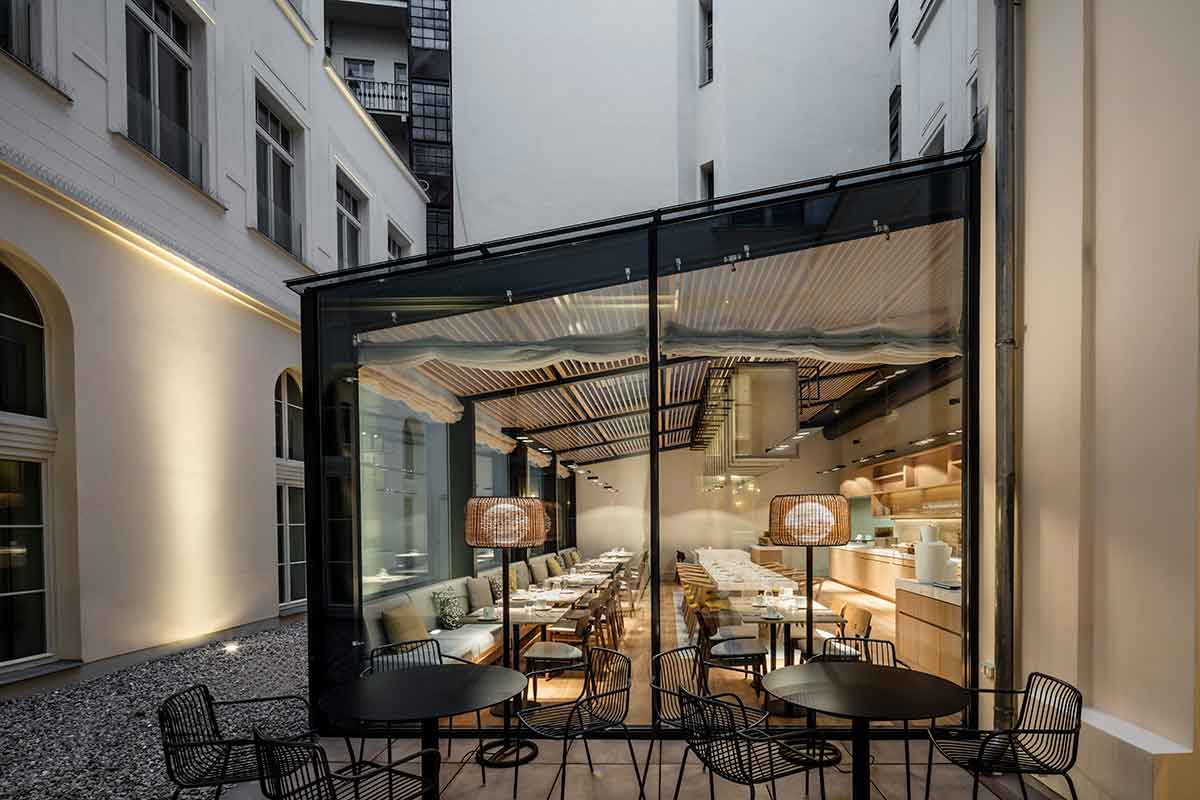 Project type: Hotel refurbishment and change of use

Versatility and utmost respect for a setting with enormous heritage and architectural value are the parameters which sum up the functional and formal values of this project.

We completed work on this hotel in Prague in late 2015. It had previously been used as offices, which have been converted into a 4-star hotel with 57 rooms, bar, restaurant and wellness facility.

The glass enclosure of the restaurant’s pergola has been made with special double-glazing in tempered and laminated glass. his is a key point in the project given that most of the rooms face the interior courtyard, and it lends uniqueness and personality to the space.

All the bathroom enclosures in the rooms and the spa area have also been fitted. They are made of tempered and laminated safety glass with a reflective effect to preserve the privacy of each of the areas while creating the idea of an open-plan ensemble in which only the bronze semi-reflective glass separates a space that appears to be unique. 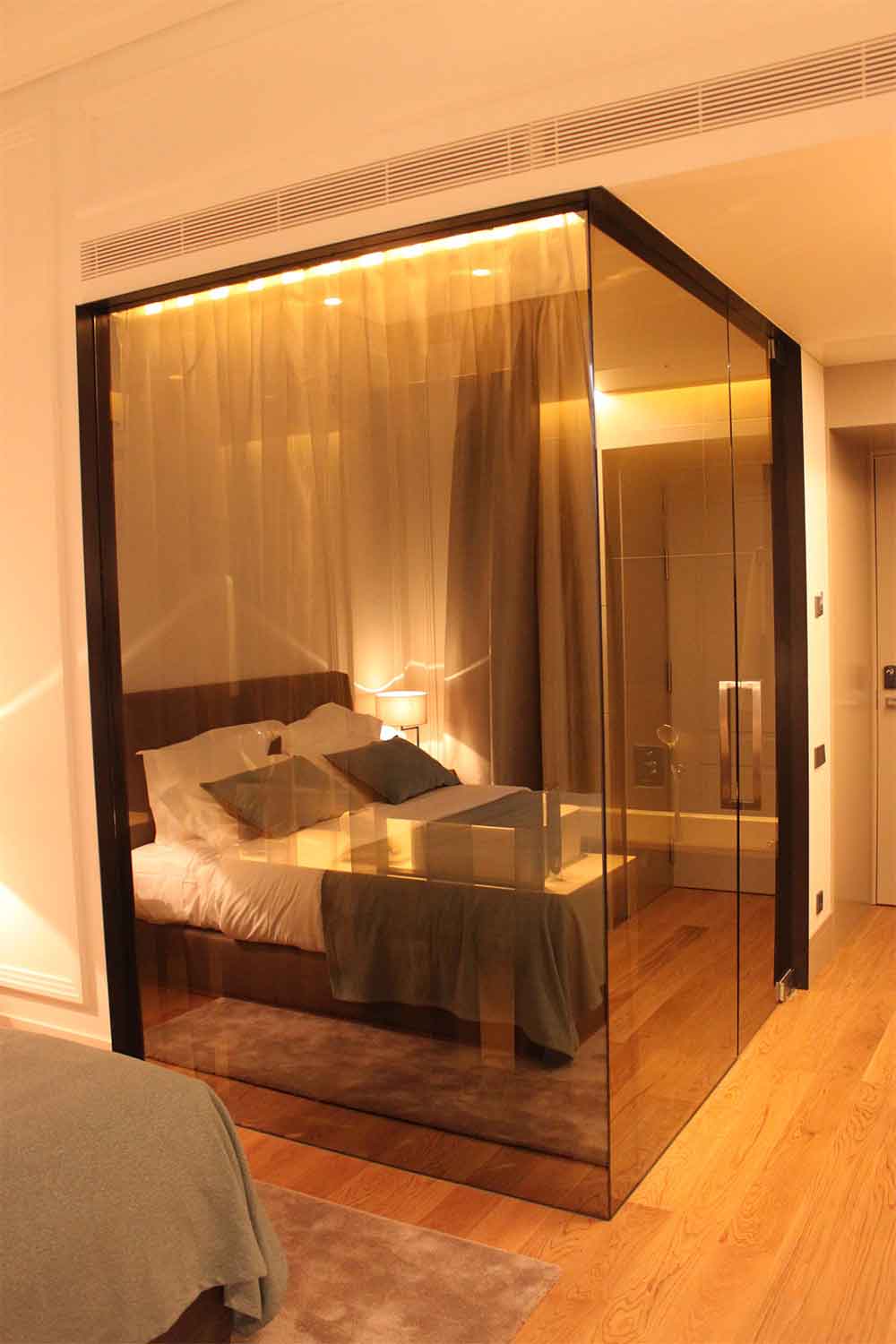 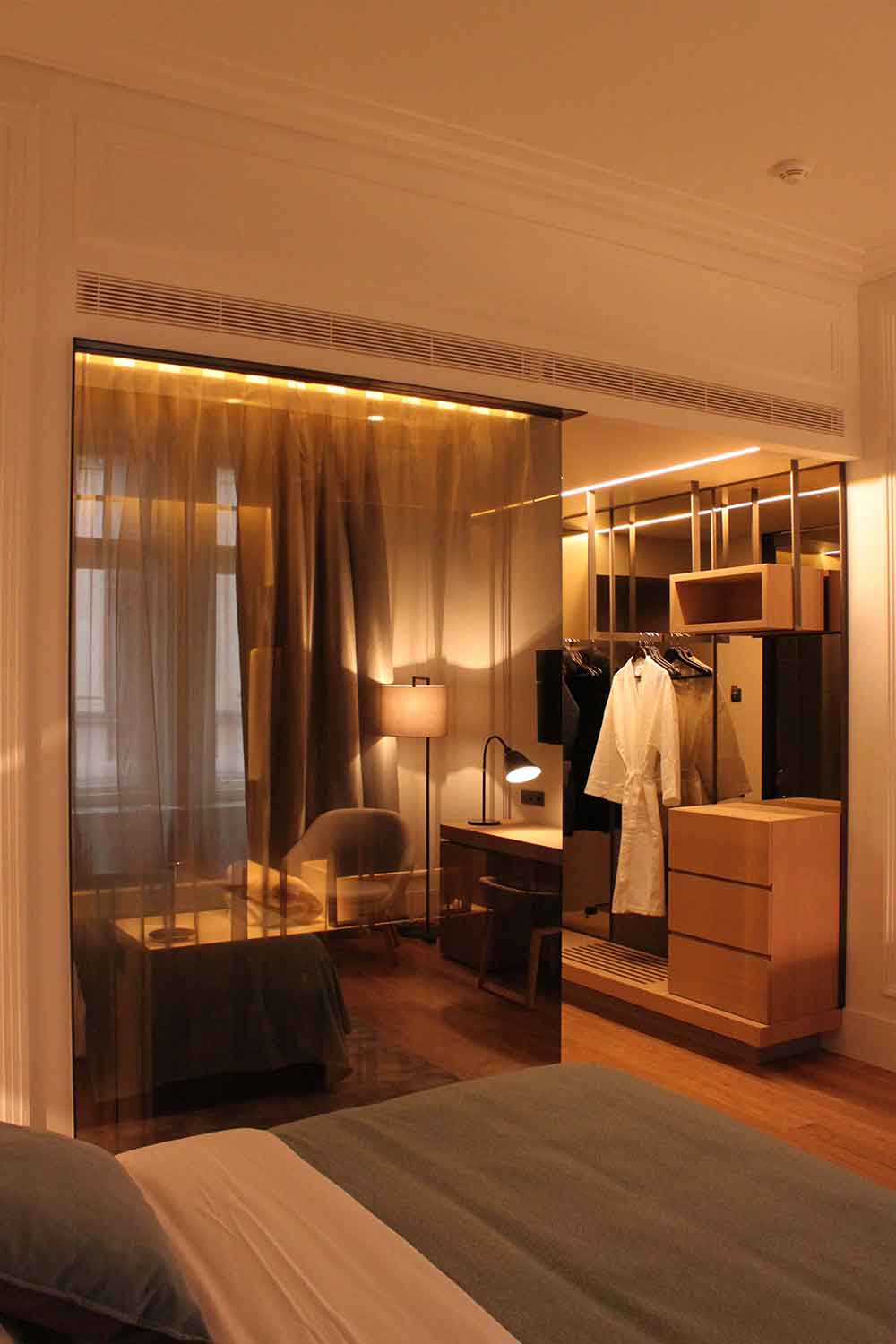 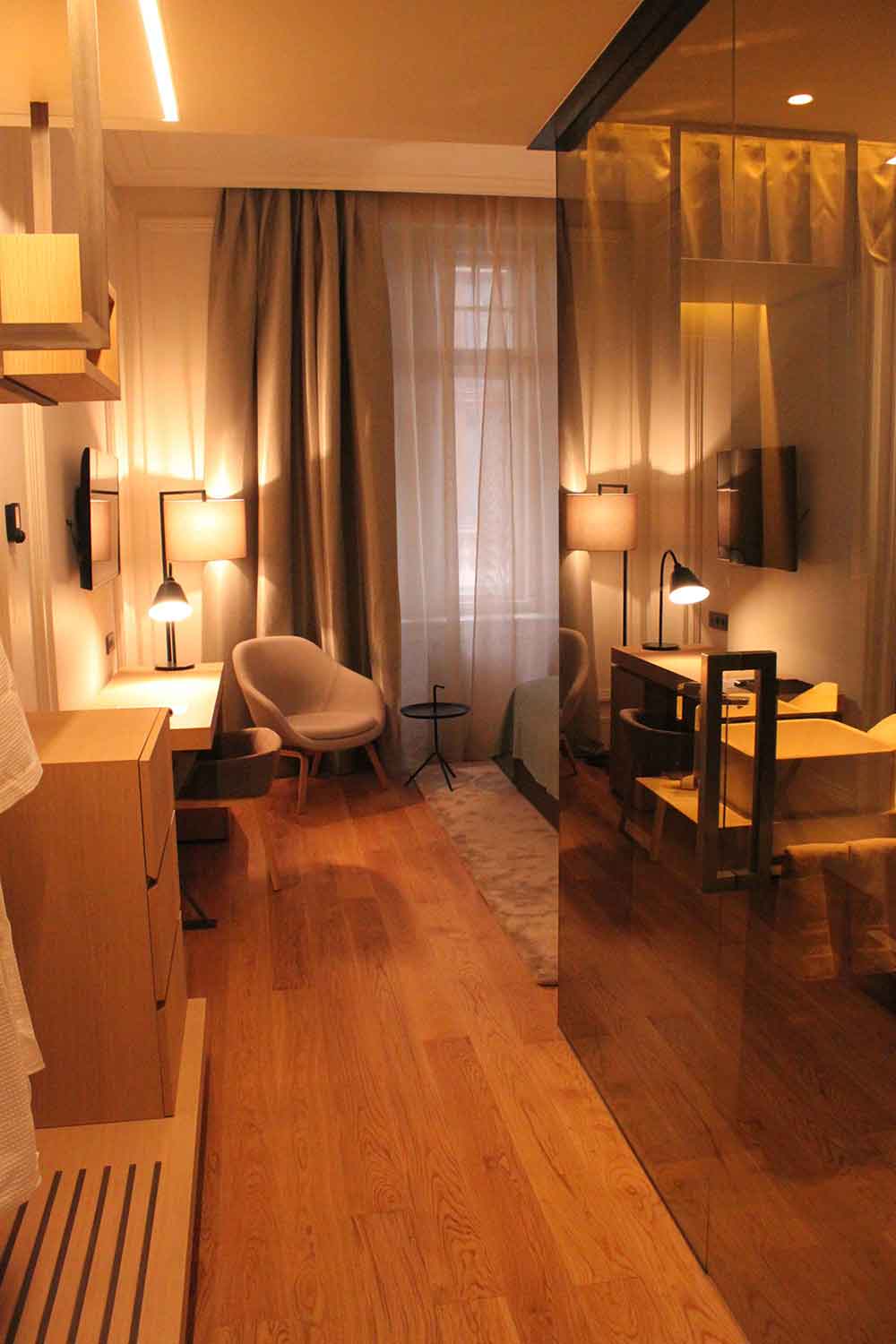 Do you want us to collaborate on your project?

You can find out more about which cookies we are using or switch them off in settings.

This website uses cookies so that we can provide you with the best user experience possible. Cookie information is stored in your browser and performs functions such as recognising you when you return to our website and helping our team to understand which sections of the website you find most interesting and useful.

Strictly Necessary Cookie should be enabled at all times so that we can save your preferences for cookie settings.

If you disable this cookie, we will not be able to save your preferences. This means that every time you visit this website you will need to enable or disable cookies again.

This website uses Google Analytics to collect anonymous information such as the number of visitors to the site, and the most popular pages.

Please enable Strictly Necessary Cookies first so that we can save your preferences!